If you’re ever stranded in the wilderness, it’s important to be able to correctly determine which plants are edible. The vegetation around you may look appetizing, but what can you safely eat? Some plants will keep you alive and are full of essential vitamins and minerals, while some could make you violently ill….or even kill you. Thus, proper identification is absolutely critical.

Below we’ve outlined 19 common edible wild plants. But first, some guidelines on what types of pants to not consume.

If you cannot clearly identify a plant and you don’t know if it’s toxic, it’s better to be safe than sorry. Steer clear from a plant if it has:

Most poisonous plants will exhibit one or more of the above characteristics. However, some of the plants we suggest below have some of these attributes, yet they’re still edible. The characteristics listed are just guidelines for when you’re not confident about what you’re dealing with.

20. Amaranth (Amaranthus retroflexus and other species)

Native to the Americas but found on most continents, amaranth is an edible weed. You can eat all parts of the plant, but be on the look out for spines that appear on some of the leaves. While not poisonous, amaranth leaves do contain oxalic acid and may contain large amounts of nitrates if grown in nitrate-rich soil. It’s recommended that you boil the leaves to remove the oxalic acid and nitrates. Don’t drink the water after you boil the plant. With that said, you can eat the plant raw if worse comes to worst.

Wild asparagus grows in the wild in most of Europe and parts of North Africa, West Asia, and North America. It has a much thinner stalk than the grocery-store variety, and it’s a great source of source of vitamin C, thiamine, potassium, and vitamin B6. Eat it raw or boil it like you would your asparagus at home. 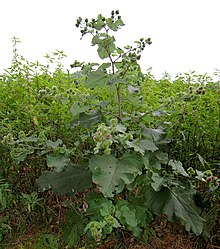 A medium to large-sized plant with big leaves and purplish thistle-like flower heads. The plant is native to the temperate areas of the Eastern Hemisphere; however, it has been naturalized in parts of the Western Hemisphere as well. Burdock is actually a popular food in Japan.

You can eat the leaves and the peeled stalks of the plant either raw or boiled. The leaves have a bitter taste, so boiling them twice before eating is recommended to remove the bitterness. The root of the plant can also be peeled, boiled, and eaten. 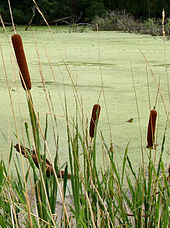 Known as cattails or punks in North America and bullrush and reedmace in England, the typha genus of plants is usually found near the edges of freshwater wetlands. Cattails were a staple in the diet of many Native American tribes. Most of a cattail is edible. You can boil or eat raw the rootstock, or rhizomes, of the plant. The rootstock is usually found underground. Make sure to wash off all the mud. The best part of the stem is near the bottom where the plant is mainly white. Either boil or eat the stem raw. Boil the leaves like you would spinach. The corn dog-looking female flower spike can be broken off and eaten like corn on the cob in the early summer when the plant is first developing. It actually has a corn-like taste to it.

Clover are edible, and they’re found just about everywhere there’s an open grassy area.You can spot them by their distinctive trefoil leaflets. You can eat clovers raw, but they taste better boiled.

You’ll find chicory growing in Europe, North America, and Australia. It’s a bushy plant with small blue, lavender, and white flowers. You can eat the entire plant. Pluck off the young leaves and eat them raw or boil them. The chicory’s roots will become tasty after boiling. And you can pop the flowers in your mouth for a quick snack.

You’ll find this herb in temperate and arctic zones. The leaves are pretty hefty, and you’ll often find small white flowers on the plant. They usually appear between May and July. You can eat the leaves raw or boiled. They’re high in vitamins and minerals.

You can find curled dock in Europe, North America, South America, and Australia. It’s distinguished by a long, bright red stalk that can reach heights of three feet. You can eat the stalk raw or boiled. Just peel off the outer layers first. It’s recommend that you boil the leaves with several changes of water in order to remove its naturally bitter taste. 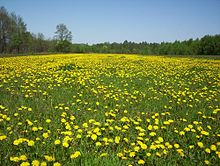 Sure, it’s an obnoxious weed on your perfectly mowed  lawn, but when you’re out in the wild this little plant can save your life. The entire plant is edible — roots, leaves, and flower. Eat the leaves while they’re still young; mature leaves taste bitter. If you do decide to eat the mature leaves, boil them first to remove their bitter taste. Boil the roots before eating as well. You can drink the water you boiled the roots in as a tea and use the flower as a garnish for your dandelion salad. 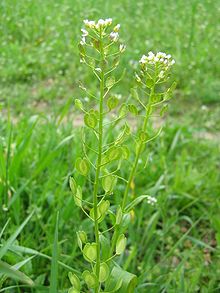 This pretty little plant is found primarily in the Northern Hemisphere. You can identify fireweed by its purple flower and the unique structure of the leaves’ veins; the veins are circular rather than terminating on the edges of the leaves. Several Native American tribes included fireweed in their diet. It’s best eaten young when the leaves are tender. Mature fireweed plants have tough and bitter tasting leaves. You can eat the stalk of the plant as well. The flowers and seeds have a peppery taste. Fireweed is a great source of vitamins A and C. 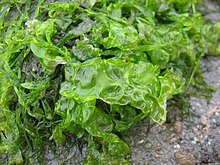 If you’re ever shipwrecked on a deserted island, fish the waters near the beach for some green seaweed. This stuff is found in oceans all over the world. After you pull green seaweed from the water, rinse with fresh water if available and let it dry. You can eat it raw or include it in a soup. Or if you’re particularly enterprising, catch a fish with your homemade spear and use the seaweed to make sushi rolls, sans rice.

Kelp is another form of seaweed. You can find it in most parts of the world. Eat it raw or include it in a soup. Kelp is a great source of folate, vitamin K, and lignans. 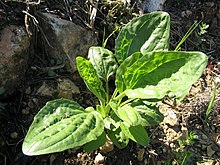 Found in all parts of the world, the plantain plant (not to be confused with the banana-like plantain) has been used for  millennia by humans as a food and herbal remedy for all sorts of maladies. You can usually find plantains in wet areas like marshes and bogs, but they’ll also sprout up in alpine areas. The oval, ribbed, short-stemmed leaves tend to hug the ground. The leaves may grow up to about 6″ long and 4″ wide. It’s best to eat the leaves when they’re young. Like most plants, the leaves tend to get bitter tasting as they mature. Plantain is very high in vitamin A and calcium. It also provides a bit of vitamin C. 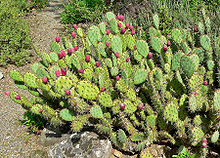 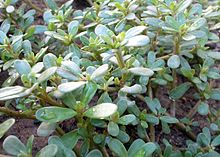 While considered an obnoxious weed in the United States, purslane can provide much needed vitamins and minerals in a wilderness survival situation. Ghandi actually numbered purslane among his favorite foods. It’s a small plant with smooth fat leaves that have a refreshingly sour taste. Purslane grows from the beginning of summer to the start of fall. You can eat purslane raw or boiled. If you’d like to remove the sour taste, boil the leaves before eating.

Sheep sorrel is native to Europe and Asia but has been naturalized in North America. It’s a common weed in fields, grasslands, and woodlands. It flourishes in highly acidic soil. Sheep sorrel has a tall, reddish stem and can reach heights of 18 inches. Sheep sorrel contains oxalates and shouldn’t be eaten in large quantities. You can eat the leaves raw. They have a nice tart, almost lemony flavor.

White mustard is found in the wild in many parts of the world. It blooms between February and March. You can eat all parts of the plant — seeds, flowers, and leaves. 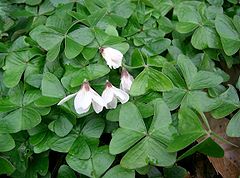 You’ll find wood sorrel in all parts of the world; species diversity is particularly rich in South America. Humans have used wood sorrel for food and medicine for millennia. The Kiowa Indians chewed on wood sorrel to alleviate thirst, and the Cherokee ate the plant to cure mouth sores. The leaves are a great source of vitamin C. The roots of the wood sorrel can be boiled. They’re starchy and taste a bit like a potato.

NEWS: Gander Outdoors to Close Up to 37 Stores

Baird Brothers How To: Build a Moose Call