What starts as a family outing turns into the experience of a lifetime for Capt. Justin Leake when he swims with a school of migrating tarpon in this episode of Chasin’ the Sun.

Mark Cooper, former NFL lineman and avid tarpon angler, marvels at the crystal clear water of the Gulf of Mexico as he and local guide Steve Bachman target “silver kings” with fly fishing gear. “The thrill is finding the fish and getting good casts,” says Capt. Bachman. “If you hook one and get a jump, that’s a great day.” 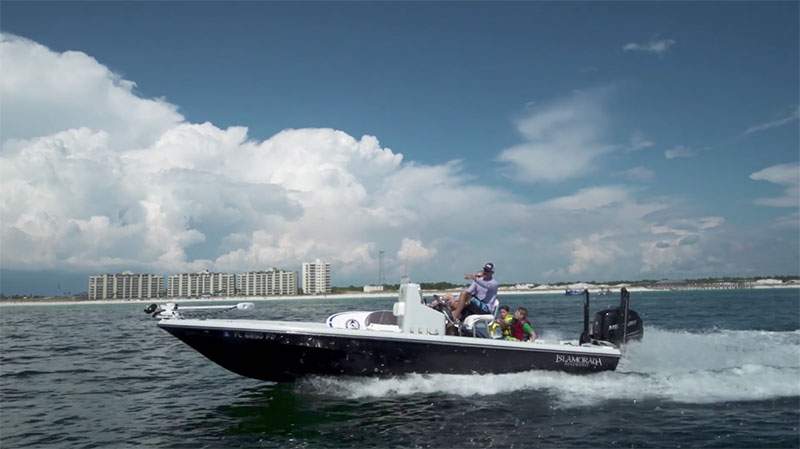 Great days chasing tarpon are exactly what Harri Hotti seeks on his annual pilgrimage to Panama City Beach. An accomplished fishing guide back home in Finland, Hotti describes how he “thinks like a fish” when presenting the bait. His technique pays off big time when he hooks a monster tarpon – his biggest one ever.

Later, Capt. Leake is joined by Mark Fisher, a Minnesota native who grew up fishing clear freshwater lakes but moved to Florida and became a saltwater angler and skiff builder. Fisher uses materials from his successful hunting trips – deer hair and duck feathers – to fashion flies in a process he calls “coming full circle.” Fisher’s all-natural flies soon yield a thrilling display of tarpon acrobatics that won’t soon be forgotten.