On this episode of Chasin’ the Sun, a winter wind blows through Panama City Beach, bringing with it new challenges for hosts Justin Leake and Travis Holeman, who must quickly adapt to the changing conditions.

When the going gets tough, the tough still get out on the water – and that’s where the boys can be found after a cold front brings northerly winds and a drop in temperatures. “Redfish can be caught in just about any conditions,” says Capt. Leake. “The key is trying to figure out where they went and what they’re doing.” 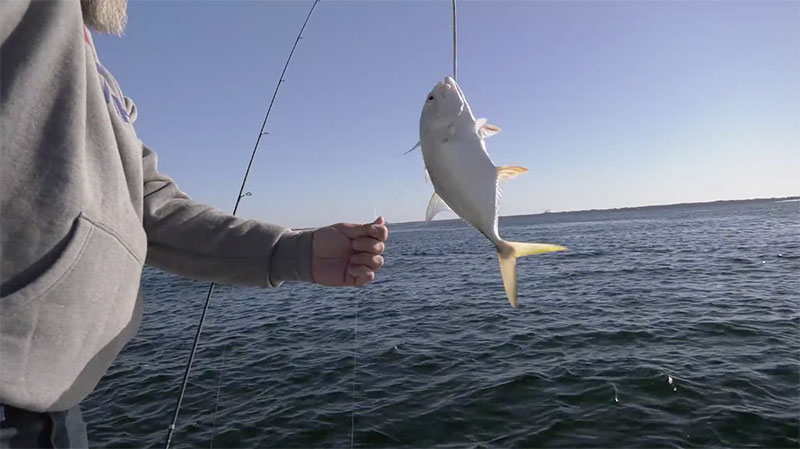 Some anglers refer to redfish as the “largemouth bass of the flats” because their behavior is similar to that of the popular freshwater species. Both like to loiter around structures such as docks and submerged timber, and ambush any live bait or artificial lure that ventures by.

Leake’s plan goes awry when another species of fish suddenly begins attacking the anglers’ topwater baits, but that’s okay with Holeman, because he’s willing to take whatever these waters will give. “The tug is the drug,” he says. “Anything that bites topwater baits is fun to catch because you get to watch the strike.”